‘Her eyes fixed upon him the way a falling magnet affixes itself to the side of a leaded object, the way an Owl locks into its steely gaze a field mouse hunkered in primordial comfort between steadily swaying stalks of wheat.

And nearsighted though she was, as she wafted closer to him, as were she a subtle fragrance caught adrift on a diaphanous tailwind, she found herself within distance of a commiserating touch. Her eyes now clearing of the thick & misty residue of sentiment, she leans in & whispers in his ear, “Mon Cheri, I’ve Missed You, It’s Been FAR Too Long”.

He looks at her & replies with pupil widening wonder: “EXCUSE ME, BUT DO I KNOW YOU ?”

Quickly, she places on her glasses which she had removed when she recognized him in the bookstore & said exasperatedly, “But You’re Not Harold !”

To which HE then answered, “YES MADAME, YOU ARE CORRECT IN THAT ASSESSMENT ! And then gesturing towards the bookstore in general he says to everyone within range of his impatient tone:

“THEN AGAIN NONE OF THIS HAS ANYTHING AT ALL TO DO WITH INTRODUCING THE LYRIC VIDEO VERSION OF Sananda Maitreya’s ‘MAMA’S BOY BLUES’, Written, Produced, Arranged & Performed by him for TreeHouse Publishing & taken from ‘Pandora’s PlayHouse’.

And turning back to address specifically this strange & sight challenged woman who had accosted him, beautiful & sympathetic though she may have been: “What did you THINK this was, A Fabio Novel ? And do I LOOK like a HAROLD to you ?”

for TreeHouse Publishing EIDMAR Productions & ‘Shoot First & Ask Christian Slater’ Productions. For which we claim no official affiliation though we DO share a penchant for 18th Century First Edition Spanish Manuscripts. Edited by W. Marmoset Yarn.

*It was brought to my attention after the fact by both my wife, as well as a comment, that apparently ‘Magnets Don’t Stick to Lead’. My bad ! I guess that’s what I get for having such intelligent fans ! But instead of changing it, as it was metaphoric anyway, I’ll leave it & just hope that a majority of readers had about the same level of public school education as did I, while the rest don’t give a shit either way. Thanx for correcting my Scientific ignorance. Perhaps it goes to demonstrate that I should’ve paid more attention in Science class, & daydreamed about being a Rock Star
a little less ! 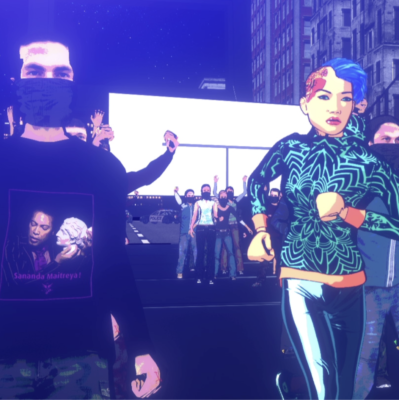