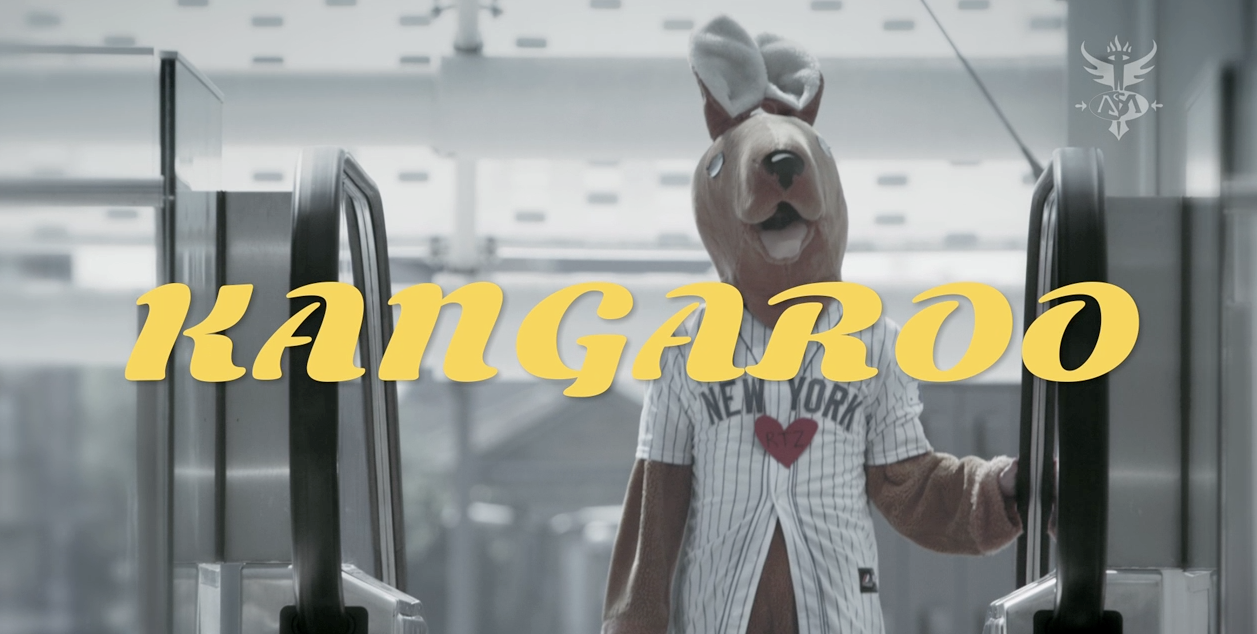 Though seldom announced, it can happen that a kangaroo can get lost in a WORMHOLE, as it turns, and wind up in a location unexpected. Perhaps dazed and confused they arrive, as if having fallen out of a marsupial pouch while drunk as a skunk, after having had a whale of a time, letting the cat out of the bag so to speak.

Kangaroos are usually comfortable wherever they land from their magnificent leaps. Their feet are flat and not flaky, nor are they a fluke, and when flummoxed, they just might flail, but never fail to stand and deliver. Their hop is hip to them, as hippopotamus’ heads and hindquarters are huge, but not heavy on the heart. Nor is heat their hell. And try not to disregard the fact that just because they are called ‘Sand Crabs’, doesn’t mean that they like getting sand kicked in their faces. Would you? Our displaced Kangaroo found his focus slowly returning while he wandered around his displacement somewhat bewildered, battered, deep-fried.

Bruised from his brute tumble from the brimstone wormhole. He felt like a being, being swallowed by OBLITERATION’S WAKE, as if he had wandered in from DIASPORA’S FOREST after having been gassed by frustration’s fog and clinging to vines already crumbled and whose fruit had already dried into the shape of stones. He had a one-track mind, but with 4 speeds: all in reverse. He recalled his old Aboriginal Yoga master saying in his throaty clear voice, “IF IT IS NOT ENOUGH TO CHOKE US, IT IS ENOUGH TO MAKE US FOCUS”.

And, “THE MOST DIFFICULT THING TO SEE IS THE OBVIOUS”. When most lost however, he would center and amuse himself by remembering the old Aboriginal master’s most beloved quote, “THERE IS NOTHING IN FRANCE THAT ISN’T ALREADY IN MY PANTS”.

This would remind kangaroo to just be where he was, and to trust that it was where he needed to be, until otherwise. So, as woozy as he was from his time travel misadventure and shape shifting miscalculation, it still bode well that he would hang on and survive this place until such a time as his full memory and imagination returned, that he might remember the codes necessary to RETURN TO ZOOATHALON.

In this Kangaroo’s case, a one mister RUPERT THOMAS ZACHARY, that would include his home in the suburbs of Perth, for what it’s worth. He escaped when he had the breakthrough idea of transforming himself into a ‘reference code’ and a #hash tag, and sending himself back home via the INTERNET after GOOGLING himself. Before that, he had finally found a bit of work, boxing oranges.

P.S. I thank everyone who made this video a reality.

DEDICATED TO ALL WHO FEEL ESTRANGED, AND TO THOSE REQUIRING THEIR OWN LEAP OF FAITH.