Some Sake In Osaka!

He Was MUMMIFIED! FRIED! DIED! And laid to the SIDE!
Live from the ‘LOST YEARS’ of the 90’s TreeHouse Publishing presents:
SANANDA MAITREYA: ‘SOME SAKE IN OSAKA!’.
Literal Alliteration to Alleviate Allergic Appropriations & Abbreviated Apprehension!
Enjoy Sananda & ‘The Exclamation Point (!) Quintet’.
LIVE FROM OSAKA, JAPAN!!!

This Music is honest and live, there were no post-production overdubs or ‘fix-its’.

Performed by Sananda Maitreya & His Legendary ‘The Exclamation Point (!) Quintet’

Track no. 06 written by Smokey Robinson, arranged and performed by Sananda Maitreya.

Intro
Welcome to TreeHouse Publishing’s Presentation of ‘SOME SAKE IN OSAKA’ !
An Exposition of our 1995 Tour of Europe & Asia. An example of ‘Last Century Blues‘
When I was sent to toil in the Vineyards & Tall Grass of the Nether Regions (& foreign legions) after having been banished by the powers that be from the Cloudy Peaked Mountaintops back down to the Foggy Strata of Terra Firma & the Boggy Moors of the Valley Floors.
The Company whose Plantation I wandered, Sony, had not too long transitioned from the company that originally signed me, COLUMBIA, and whereas I had been a darling of CBS & its corporate affiliates, I was Persona Non Grata (& with not a lotta) with Sony, who were as Conservative in their outlook as CBS/COLUMBIA had been relatively more Liberal in allowing artists to be themselves as they were found. In the Meanwhile, you were what SONY said you were or you were nowhere. And I was as I remain, as unbending & unyielding as were they in seeking to use me as an example to announce to other artists that it was Sony’s Way or the Highway.
This was also an era when my great Hero & Nemesis Michael Jackson had such a hold on the company’s psyche, due to his ownership of The Most Valuable Song Catalog in Music (including the Beatles) that if he farted in an office meeting, they’d not even open the windows, but would comment on how Perfumed Were the Pavilions of his Posterior.
I was in many ways, A Blood Sacrifice to His Majesty.
And with the great & masterful Michael being the 800 pound Gorilla in the Room, AND me being at odds with the mercurial & quixotic Tommy Mottola, the Capo di Tutti Capi of the Sony Regime, I was sent abroad to muse upon why I was not in the favor & good graces of a company that WAS MOST DEFINITELY NOT THE BITCHES THAT I SIGNED WITH, and with whom I would spend a decade seeking to extract myself from my ‘Dogma Being Chased by their Karma’.
Yet, when I’ve the chance to share the music of my heart, NONE OF THESE THINGS MATTER except in the abstract. Like most young musicians, the opportunity to tour is a Godsend. And Europe & Asia have always been kind to my vision of music as it filters through me, as the Good Lord has blessed me to swing it, wing it, sing it & ring-a-ding-ding it.
With my merry band of explosive troubadours, heretofore known as ‘THE EXCLAMATION POINT (!) QUINTET’, we took to the road for months to support the project that I was promoting at the time, ‘VIBRATOR’. And we hit it as hard & as deep & as long as we could sustain the spirit that informed & guided us through our time in the Windswept Wilderness, a Swan Song on a Frozen Pond. A Trip in the Night with Busted Lights where we felt our way through & came out the other side with bloodstains, snapshots & pride.
So join with us as we provide a sample of the times as we were while we sampled the times that were the times. It was my 33rd year & as such an era of great transition & transformation. If you bend closely enough to the speakers, you might even hear a little of my soul humming as it was becoming. But you will DEFINITELY hear the early stretching & yawnings of the form that became POST MILLENNIUM ROCK stirring within the cocoon that cradled the Butterfly that Became, the One Who Changed His Name, Before He Changed the Game (Knowing that you too can do the same) !
Please Enjoy ‘SOME SAKE IN OSAKA’ ! And the Last Century Blues stamping upon the Grapes of Wrath until it produced something sweet enough to imbibe, a loving vibe, for the coming tribe that is yet here, but still to arrive !
STAY ALIVE !
Much Love & Respect,
SANANDA FRANCESCO MAITREYA
Milano, Italia 2020 !
‘Sananda Maitreya & The Exclamation Point (!) Quintet’
SANANDA ‘The Sandman’ MAITREYA: Vocals, Rhythm Guitar, Keyboards, Percussion, Afrobatics & Verbal Linguistic Linguini.
STEVEN ‘Stevo’ THEARD: Drums & Percussion.
KEVIN ‘Kevi Kev’ WYATT: Bass, Harmonica, & Backing Vocals.
LOUIS ‘Louie Lou’ METOYER: Lead Guitar.
DAVE ‘The Priest’ JUDY: Saxophone, Keyboards, Guitar, Percussion & Backing Vocals.
MICHAEL ‘Scales’ DORIAN: Keyboards & Backing Vocals. 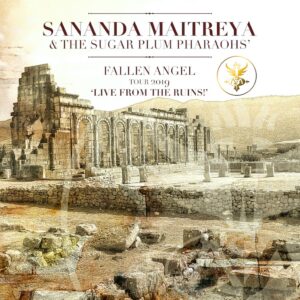 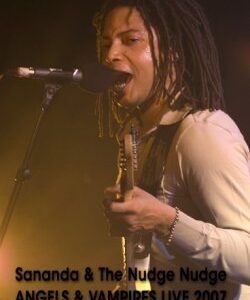 Camels At The Crossroads 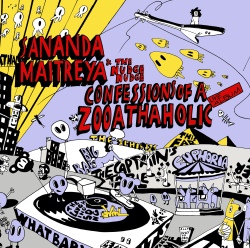 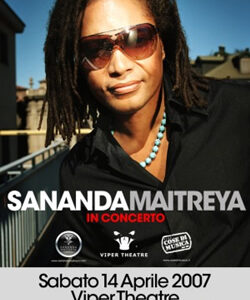 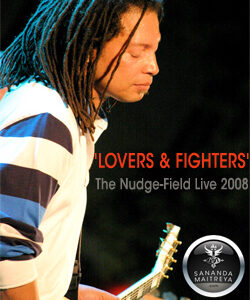 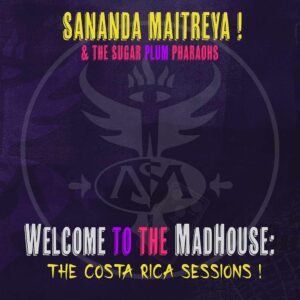 Welcome to the MadHouse – The Costa Rica Sessions!